Cuphead is not only a game that can be played through the gaming platform Steam, but also in the past year made its way to PS4 and Nintendo Switch. There are multiple paratexts that are connected to the 1930’s inspired game including the up and coming Netflix show to be released sometime next year. Due to the current buzz around the game again is a large part as too why I have chosen Cuphead as the main game media to focus on.

Unity has created an entire case study on the game, including the meticulous process of 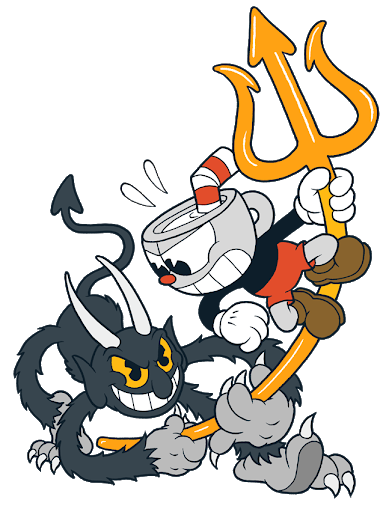 all the game design elements. There are multiple scholarly articles surrounding the unique style 1930’s animation style that the game is so heavily influenced by which will work in conjunction with analysing the game design. Cuphead to this day is still one of the most popular indie games because of its unique playstyle, score and design. Erhett (2019) specifically looks at how the game design, its 1930’s esque cartoon animation, and the overall narrative to make a unique and modern game with little to no political agenda.

Personally, I haven’t yet played the game but have watched multiple different playthroughs on Youtube so I have a good idea about the characters and how they interact with each other during the game.  Altogether there are 19 different bosses that are uniquely designed and have different abilities. These will be the main focus of the makeup looks by recreating some of their unique design elements through eyeshadow and branching into facepaint.

With a passion for makeup and my love for the animation style of this game, I feel as though I will be able to create a digital artefact that is not only informative about game media but also entertaining for multiple audiences and myself.