Many have anxieties based on media ownership. From a historical point of view, we see that media control and ownership can be dangerous when a single person or party has full influence on what is produced and broadcasted to a nation. Nazi Germany, in particular, showcases the biggest issue when it comes to an individual controlling the media. Hitler and his party were able to mass produce hateful messages towards the Jews and encourage a hate through his propaganda.

The public learned from this experience that when an individual was able to take over the media production and use it as a brainwashing method. Since this time, rules and regulations have been put in place to stop such issues arising ever again. Though these reforms are in place, anxieties still exist due to not a large number of media owners. 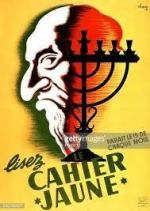 One way to look at media ownership is through the metaphor of a monopoly board. The players are media owners and it represents the limited number of companies that own media in countries such as America and Australia. Media Monopoly refers to this idea of a select few companies controlling the newspaper, tv and radio. So why is this an issue?

With Monopoly Media in effect, audiences have little say on what information is being fed to them through the three main sources of traditional media. Now, however, many people are not reliant on these forms of media as they are able to access social media and other platforms on the internet where they can gain a variety of views on the news and what is going on around the world.

This being said, with a variety of views and outlets for the same stories, a question is posed. How much of the news we get, that isn’t from traditional/ ‘credible’ news sources, is actually true? The internet is a wonderful place where people can speak their minds and comment on worldwide issues, but this doesn’t mean everything you see and read is true. With this in mind, it is essential audiences get into the habit of fact-checking news, whether it is from traditional or non-traditional sources! The media doesn’t have to be scary, as long as you are aware of what you are consuming as an audience.